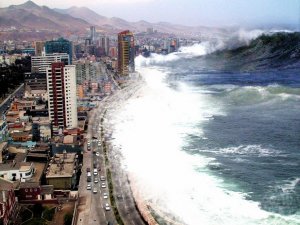 I think someone has a job in the US military reading science fiction stories. The objective is to come up with new weaponry ideas. Easy enough. One weapon recently identified in the media may have application to the surf industry. The idea is to create an explosion under the water that in turn creates a tidal wave directed at the target coastline. The picture shows such a vision. Now – use your own capacity to visualize, and place a tow-in on the wave – or, how about a downsized explosion creating overhead point surf in your local land-locked reservoir. That’s right – it would no longer be necessary to make it to the coast to surf - truly surfing USA – and with military backing!

The normal everyday surf has been fun, when you could find a crack between the wind and tide. Tragically, in a “careful-what-you-wish-for” scenario, the kelp beds that smooth the daily wind chop have all but disappeared. The story from our “at-the-rail” expert is that a bacterial blight has decimated the starfish population, which in turn has allowed a certain snail that starfish feed on to undergo a population explosion. The rub – the snail feeds on the kelp anchors. Once the anchors are compromised, the canopy breaks away. With the kelp beds gone, the lineup is exposed to the ravages of the wind. Remember, it wasn’t too long ago when we were complaining about kelp hampering our lineup. It’s been like surfing SoCal in the afternoon.

No south swell to date has earned the epic award, but even the small days, when the wind settled, were really fun. Stokeworthy, even the recent Memorial Day holiday weekend had waves, if you had the right vehicle. Yes, among the record number of visitors, the glide was alive. I know my friends were especially happy about my new glider – 10′ 11″ Josh Hall Double Ender – a homage to Skip Frye’s Eagle. No wave is out of reach. There were also short board days as well. The pics show views from a Mother’s Day cruise. 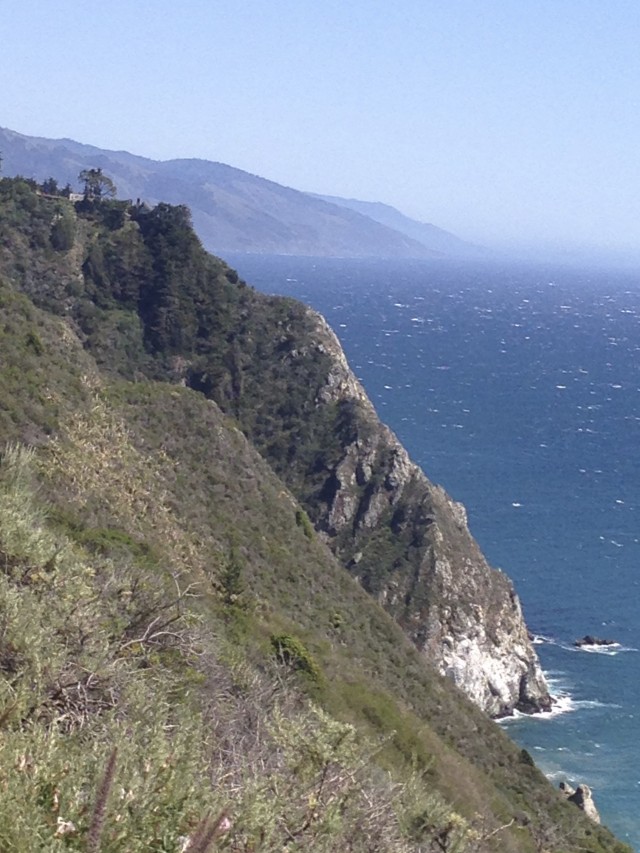 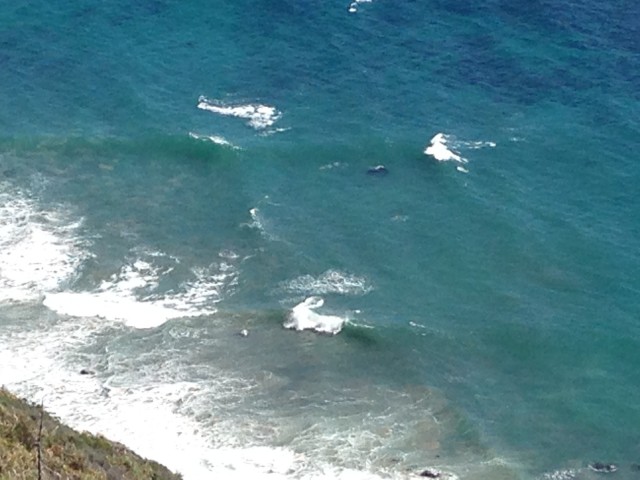 South Driving Through The Hack

My favorite episode took place over the holiday. The double ender easily fits under my arm, but a gust of wind – even from a passing car – and I could see myself, board, and bike loosing the precarious equilibrium that is me with board on bike. So, going way back into my past, I asked my mom (my loving wife) to drop me off at the point – and pick me up after a surf session. No parking problems, and a great smile to greet me after the surf – no matter how the session was. As it goes, I had a great Tiburones session – small but firm.

One civic observation – Cliven Bundy – Hero. According to Wiki – the Bundy standoff is a 20-year legal dispute between the United States Bureau of Land Management (BLM) and cattle rancher Cliven Bundy in southeastern Nevada over unpaid grazing fees that developed into an armed confrontation between protesters and law enforcement. Under BLM permits first issued in 1954, Bundy grazed his cattle legally and paid his grazing fees on an area of public land later called the “Bunkerville Allotment” in Clark County until 1993. As a protest in 1993, Bundy did not pay to renew his permit and it was canceled one year later. Though the agency made several attempts to allow Bundy to renew his permit, Bundy declared that he no longer recognized the BLM’s authority to regulate his grazing and asserted that he had “vested rights” to graze on the land.

Okay – so the Bundy standoff saw federal officers stand in against a large group of gun-toting patriots who supported Bundy – essentially, citizens in uprising against their government with Cliven at the lead. Here’s the observation – the BLM manages land owned by the federal government – let me spell it out – the BLM manages land owned by you and me and the patriots supporting Mr. Bundy. What kind of management goes on? The BLM manages mining, grazing, oil and gas exploration, recreational use, water storage and harvesting, wildlife, hunting, bird watching, nature preserves, and recreation – to name a few. How is the BLM work funded? Fees and royalties – use fees, camping fees, grazing fees, mining fees, etc – along with our tax dollars. So – our land brings revenue to us. Now, when someone uses BLM land without paying, they are stealing from us all. For example, profiting from gas production without paying fees means additional profit at a loss to you and I – taking without our permission – stealing. Any loss of fees is made up for by all other fees and our tax dollars. So, all other fee-payers pay a little bit more to allow Cliven to graze for free. All those patriots supporting Cliven are being ripped off by Cliven – really.