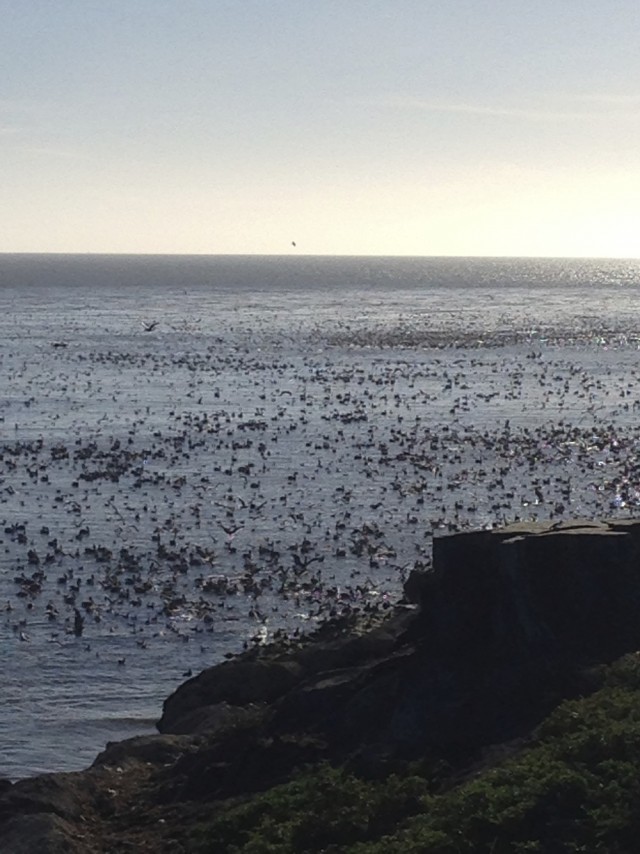 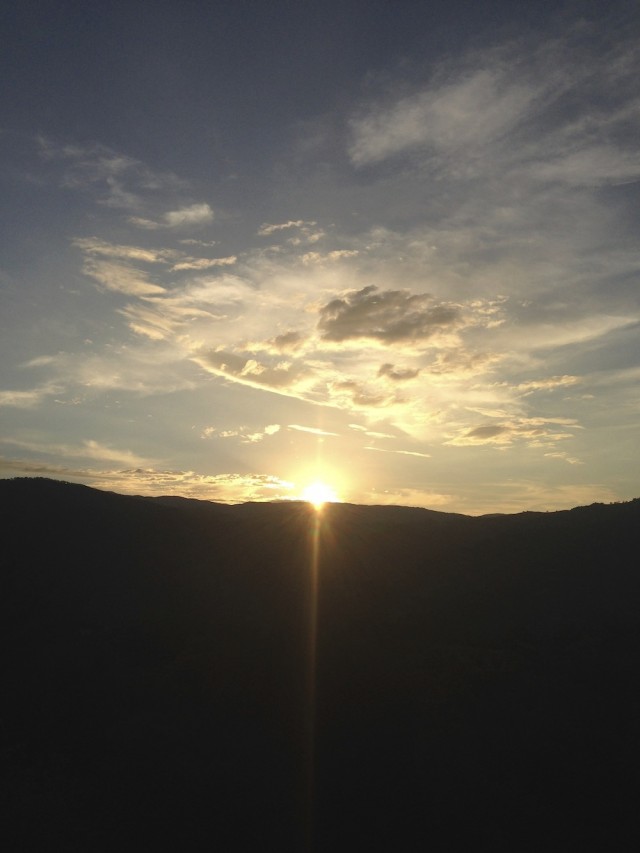 “Its raining man, its raining outside” – Before that – sunny winter and high stress for water. Surfwise – things were strange. When the Islands were getting major pipeline/sunset swells – we were getting nothing – but nothing is what suits Ocean Beach in SF – so it was cracking there – I hear (and have seen footage) it’s been all time there. The fall was drab and winter started off the same, then – last four to five weeks kicked into gear. West to northwest swells mostly long period down to about 14 seconds lit up all the spots. Tiburones was still bunk for the most part, in that it doesn’t have the same consistent shape as it does on a south swell, but there were still some waves – the Steps, 38th, and the Point all got good. I surfed when I was able – the Steps and Tiburones – got some good ones. And the crowds – I got hit a couple weeks ago – LB flailing at the end to its tether – across my shins. Opened up my skin under the wet suit, deep-ass bruise. Its no use getting flipped – the crowd – it would be like stopping a tsunami. Its flat now and we just got our first real storm.

“The exponential growth model, built upon a never ending flow of consumer credit and an endless supply of cheap fuel, has reached its limit of growth. The titans of Wall Street and their puppets in Washington D.C. have wrung every drop of faux wealth from the dying middle class. There are nothing left but withering carcasses and bleached bones.” Not my words, but sums up some of the concepts I have been discussing – i.e., consumer fracking. And, “You’ve been sacrificed at the altar of the .1%. The 0% interest rates were for Jamie Dimon and Lloyd Blankfein. Your credit card interest rate remained between 13% and 21%. So, while you struggle to pay bills with your declining real income, the Wall Street bankers are again generating record profits and paying themselves record bonuses. Profits are so good, they can afford to pay tens of billions in fines for their criminal acts, and still be left with billions to divvy up among their non-prosecuted criminal executives.”

This situation has me wondering what country I live in – a chemical plant with above ground storage tanks released chemicals into a river (drinking water source) adjacent to the plant – West Virginia - Gov. Earl Ray Tomblin told residents that it was up to them to decide whether or not to drink the water. Are you joking? A day later, Freedom Industries revealed that a second, previously undisclosed chemical, PPH, also spilled into the water, along with the chemical 4-methylcyclohexane methanol (MCHM). Then – in true American spirit – the responsible corporation declared bankruptcy – so the state’s congressional delegation – yes the conservative group that claims there is too much government and regulations –  requested additional federal support because Freedom Industries was no longer a person,  but a corporation – “seems to be little hope that these costs can be recouped by the party found responsible for this event.” Really? But it gets better – the victims – the folks without water (and the folks who vote for the people who vote to reduce environmental regulations and government help) are left with relying on donations of water. Dude, seriously! And then the victims find out that it wasn’t really 7,500 gallons that spilled, it was 10,000 gallons (sure). It’s reported, ”People don’t trust the information they’re getting anymore, because this whole thing has been a blunder.” No Way! And - Local youth groups, a veterinary hospital, small businesses, church groups and schools have all chipped in – what happened to the  government and regulations we pay for.

In the northern and southern hemispheres, seasons come and go, cycle after cycle. The cycles are due to the earth’s tilt and 365-day travel around the sun. Long days with the sun high in the sky to short days with the sun close to the horizon. The path of the sun across the sky follows a track that should be familiar to surfers – like a long period swell – the period is approximately 365 days (versus 17 seconds). Think of a graph where the x-axis marks days and the y-axis marks the hours of daylight. The trough includes the shortest day of the year (winter solstice). Climbing out of the trough, the days get longer until the halfway point between the trough and peak – the spring equinox. The peak includes the longest days of the year – the summer solstice. Then, the days get shorter on the way to the fall equinox and the next year’s winter solstice; a major long period swell never ceases. I’ve been out of the water for a few weeks, and missed a few good days, but for the most part the period from the fall equinox to the winter solstice has been tame. One notable swell in December – and that’s been it. While the swell stayed away, the bait didn’t. The point was alive for over a month with roving hoards – can I use hoards – of seals. Dolphins, humpback whales right at the kelp line, and all manner of birds. It was impressive. Now that we are climbing out of the trough, maybe the swell will climb out of the doldrums.

In an effort to better understand cheating, scientists have discovered that creativity; fear of loss; and the observation of dishonest behavior can motivate cheating or make it more likely. In fact, unchecked dishonesty can promote the perception that one must cheat to remain competitive.  A referee that does not curtail rule breaking at the beginning of the game has opened the door to cheating – as research found, motivating or making it more likely players will cheat because they have observed that dishonest behavior has no consequences. The same goes in business and politics.

Health care act goes into effect – one of its biggest features – the exchange – has not. How can the NSA be super computing, mining data hoards, and divining fiber optic cables – but the servers set up to handle the exchanges run at 9,600 baud. Maybe the NSA should be running the exchanges. And how do the beneficiaries feel – no, I don’t mean the public – I mean for-profit insurance companies.

Lloyd Blankenfeld recently stated his notion about the trouble with the US: The US is very good at generating wealth, but not good at distributing it. What is amazing is that folks like Mr. Blankenfeld have the answers when it comes to industry regulation and making a profit, and are paid well for it. But it’s understandable. On a gross level, if the folks at the top were less concerned about themselves and more concerned about a healthy economy, they would take less and distribute to the workforce. In the same spirit, the market (read: shareholders) would also concern itself with promoting a healthy economy. The credit bubble temporarily worked to fill for in the lack of wage growth and consumption, but it went down in flames. The only thing redistributed was wealth – to a few who could manage it and benefit. There are signs of another credit push, but somehow I don’t there’s enough collateral left among the common folk. For sure – no one – including me – would trust CorpGov (read: Fed, State, etc) to handle distribution – all those questions about who is getting what. But if something doesn’t change, there will be no consumers – just serfs. And where will the corporations go? Walmart, McDonalds, military (taxes?)?

There is a private sector solution. Something for all the common folk to think about – community and strength right here. It seems CorpGov has us with a boot on our collective neck – every turn there is a new way to squeeze money out of consumers. But recognize that we – the common folk – are the largest market – largest economy on the planet. There is talk that China will over take us – but that is still a while off – and that still will not dampen our consumer potential. While China is wallowing in an environmental disaster, we will continue to enjoy one of the most beautiful and productive places on the planet. We have a lot of power – power over CorpGov. It’s really about our decisions – how we spend – how we control the market. Maybe we collectively decide to stop paying for the Internet five times over (read: smart phones) and all start using good ‘ol cell phones. Collectively, just think of the consequences on the market – Verizon stock plummets (how are they going to turn those enormous profits – can’t really advertise on a cell phone – apps? Facebook?) Other connected industries also loose. Then what? A couple of things – lower the cost of the smartphone – the phone and service. Then, increase wages so that the market feels compelled to own a smartphone. And then…. Maybe we all decide to pay more for a tee shirt, but not to increase the wealth of a few. Instead, we demand that the tee shirt is made in the USA at wages that increase the quality of life for more Americans. There is more, but none of it can happen without community.

“A people that cares neither for its youth nor for its older people has no future,” the pope said. “Young people take society into the future, while the older generation gives society its memory, its wisdom.” and “Today we are living in unjust international system in which ‘King Money’ is at the center,” Pope Francis November 28, 2013

J.P Morgan said there are two reasons for an action, the right reason and the real reason. I’ll leave you to contemplate this one.

Christmas gift – the day after Christmas – a beautiful sunny day, 70 F, glassy with a hint of offshore, and a new west swell: 5.9 feet at 20 seconds from 295 – it looked pretty fun – tempting, but I need a few more weeks recovery before…well maybe not….

“We should pursue reforms that encourage and reward work. That’s why I am developing legislation to replace the earned income tax credit with a federal wage enhancement for qualifying low-wage jobs,” Rubio said. “This would allow an unemployed individual to take a job that pays, say, $18,000 a year -– which on its own is not enough to make ends meet –- but then receive a federal enhancement to make the job a more enticing alternative to collecting unemployment insurance.” – Corporate welfare by any other name – wealthy corporate stakeholders make out with profits undented by the need to pay their workers part of the pie. 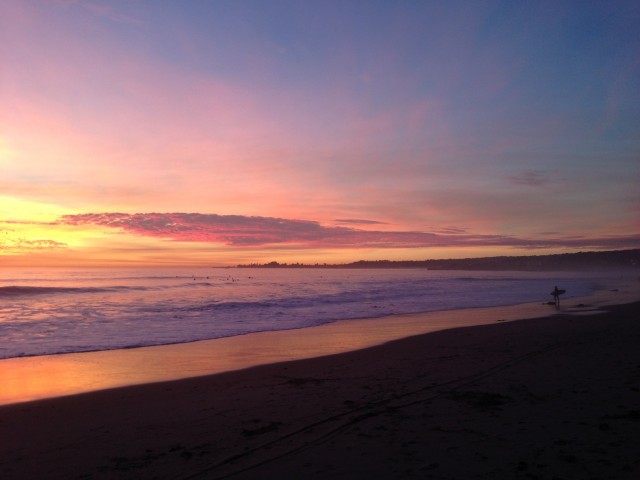 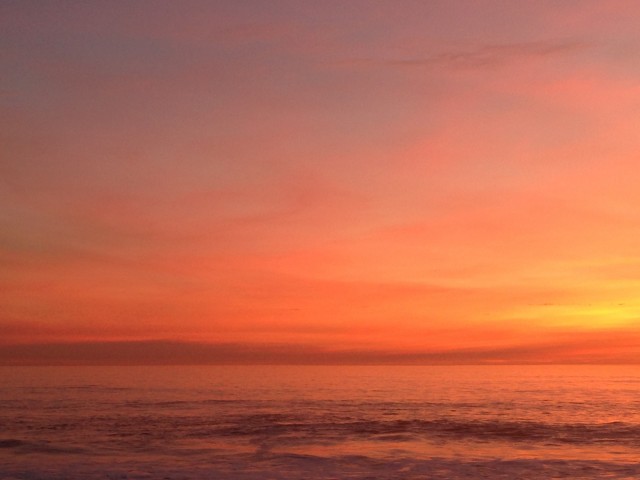 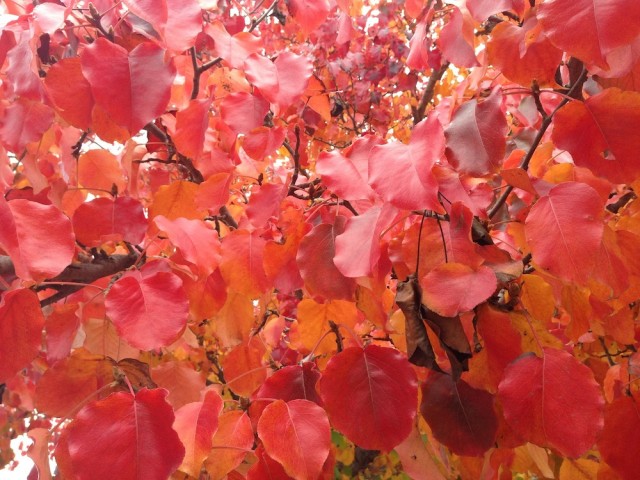 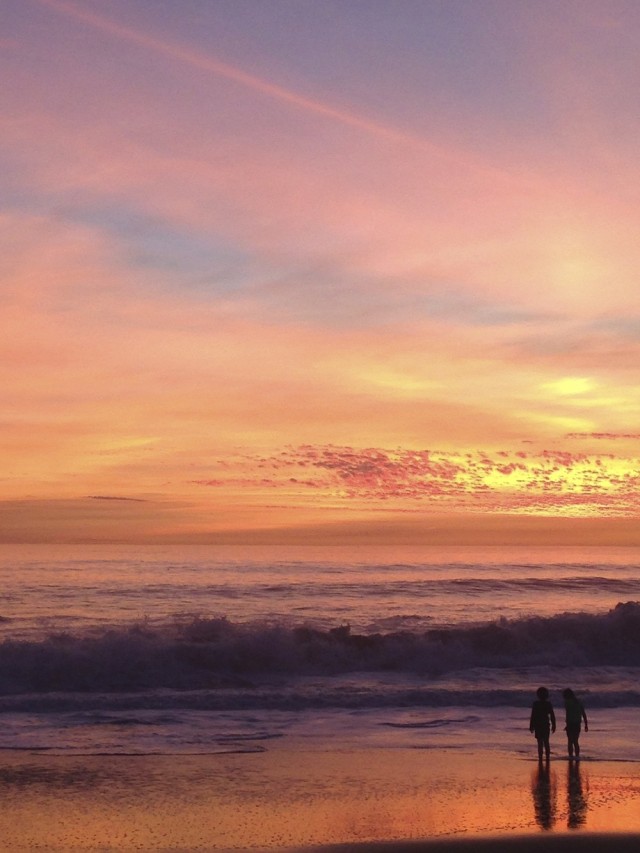